The bodies of a family of 4 and 11 other people have been recovered by The National Emergency Management Agency, from the scene of the fatal pipeline explosion which occurred at Abule Ado, Trade Fair axis of Lagos State.

Acting Coordinator of NEMA in Lagos, Mr Ibrahim Farinloye said a couple and their sons were killed in the explosion.

Farinloye said over 50 buildings, including Bethlehem Girls College and a popular hotel, were damaged in the explosion. 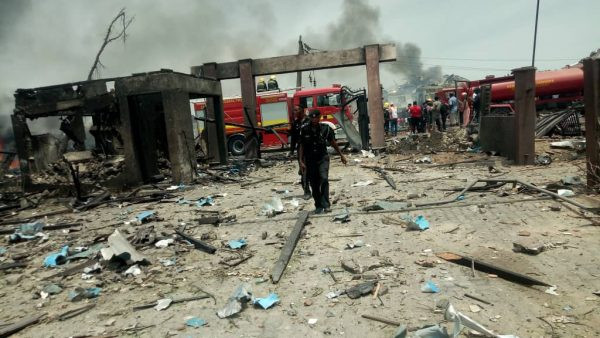 “The resulting fire later spread to the Nigerian National Petroleum Corporation oil pipeline passing through the area even though the pipeline had been shut down as a precautionary measure.

“The fire was eventually extinguished about 3.30 p.m. through the combined efforts of officials of the Lagos State Fire Service, Federal Fire Service, and Nigerian Navy Fire Tender.”